Home » About Us » Meet the Team

In 1984, Richard earned a BSc (Jt. Hons) Class I in Acoustics & Computer Science. In addition to overseeing the development of ACE and ACC, Richard supports the acoustic consultancy team by planning applications/appeals for mechanical plant and new developments, noise abatement, noise at work, environmental noise, demolition and IPPC assessments. He is an active member of the Institute of Acoustics, serves on the Membership Committee and chairs the Central Branch and has even advised local authorities on specialist acoustic matters such as: noise abatement, wind turbines, and even guided busways. In addition, Richard is an Acoustic Ambassador; he brings his self-designed award-winning exercise to schools to raise awareness of STEM subjects (including acoustics) amongst tomorrow’s potential engineers. Richard also represents the Institute of Refrigeration on the BSI Committee EH/1/3 responsible for standards such as BS4142. 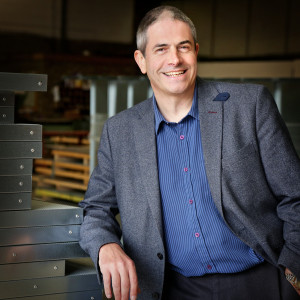 After working with some of the experts in acoustics for nine years, Richard started ACE in 1972. From 1963 he investigated alleged noise break out from air conditioning plant rooms on many prestigious projects.  Invariably the noise was NOT airborne noise breakout, but resulted from Noise Generated by the Vibration of the Structure.  This makes him believe that if the plant’s vibration is very efficiently isolated, floating floors are invariably not required. Since 1963 he has successfully controlled the noise and vibration from in excess of 7,600 cooling towers, some on the highest buildings in Europe, thousands of condensing units and hundreds of refrigeration plant for superstores.  And numerous air handling units, fans and pumps in roof top plant rooms. He has engineered some of the best recording studios in England, Ireland and Montserrat, as well as many libraries and other noise sensitive projects. 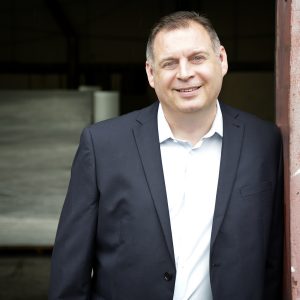 Tom started his career working in an automotive R&D lab testing prototype vehicles and component designs for noise, vibration and harshness. He then earned his BSc (Hons) in Sound Technology before going on to complete an MSc in Sound and Vibration at the Institute of Sound and Vibration Research. He has been a crucial contributor to some large projects, including: Crossrail, Heathrow Terminal 2B, the redevelopment of London Bridge Station, several new power stations, as well as regional highway schemes and wind farms. Tom joined Belair Research Limited (now ACC) in 2012 with a focus towards both environmental acoustics and noise control. Tom has a keen interest in architectural, building and electro-acoustics. Outside of work Tom enjoys physical pursuits and is the captain of his local rugby team.

Since joining Acoustical Control Engineers in 1991, Anup has added an MSC in Environmental Acoustics and a Diploma in Acoustics and Noise Control from the Institute of Acoustics to his hit list of achievements. Anup is a valuable designer and engineer who creates unique acoustic equipment such as vibration isolation or cooling tower attenuation systems to prevent noise and vibration problems.  He has been involved in some large projects including the Shard and Moorgate Exchange.  Anup is also heavily involved in the development of an IT system using iLogic to help improve efficiency. </p” 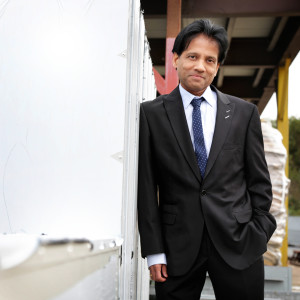 Terry has applied his HND in Industrial Electronics and HNC in Business Studies across a range of industries covering the Industrial, Medical and Defence sectors since 1976. In addition to specialising in Electrical and Mechanical Design, his Quality Assurance experience gives Terry some unique and valuable skills. Terry’s main role is one of our 3D CAD Wizards, applying over a decade’s experience to construct sophisticated 3D models specific to each project, together with developing our parametric CAD library and associated software so that we can produce fully detailed 3D models with complete parts assemblies quickly and efficiently. 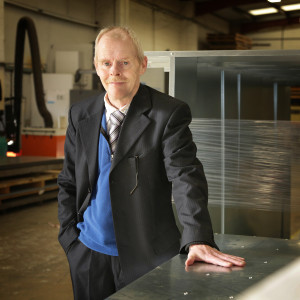 Ashley’s background is in Mechanical Engineering; he has completed an Advanced Modern Apprenticeship in this field and worked as Maintenance and Fabrication Engineer for six years. After graduating with a BSc (Hons) Class I in Music Technology, (specialising in field of acoustics and psychoacoustics), Ashley joined Belair Research Limited (now ACC) acoustic consultancy team in February 2014 and is enjoying the variety of challenges his new role offers. He specialises in plant selection and planning application acoustic assessments, but is also rapidly gaining experience in our other specialities by learning from and assisting his colleagues. 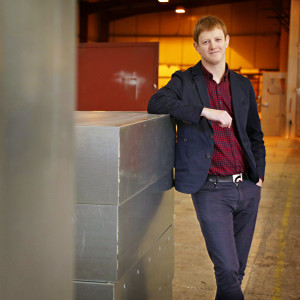 Kris was awarded a BSc (Hons) degree in Music Technology (specialising in Acoustics & Psychoacoustics) at Leeds Metropolitan University in 2013. Kris joined Belair Research (now ACC) in September 2014 as an acoustic consultant. Kris specialises in undertaking acoustic surveys and assessments to determine appropriate noise levels for the selection of new mechanical plant, whilst ensuring the amenity of local residents is properly protected.

Ed started his career at ACE in 1997 on the factory floor manufacturing a wide range of acoustic products. After gaining an understanding of manufacturing, Ed moved onto installing for ACE travelling all of the UK. In 2010 Ed moved into the office as an Acoustic Engineer using his knowledge of acoustic products and problem solving to engineer bespoke acoustic solutions. Ed has since gained further skills and knowledge in acoustic calculations, 3D CAD and health and safety enabling him to manage any projects from enquiry to completion as Project Manager. 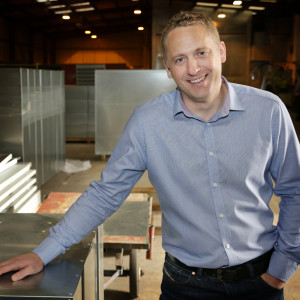 Rachael has a legal background and has recently graduated with a Class 1 law degree. Whilst undertaking her studies she worked with us part-time and then joined us full time to improve the operation and efficiency of the business. After being in her role as Office Manager for the 2 years, she has worked her way up through to the Operations Manager role, and as of January 2017 has taken over as Managing Director. In her spare time she enjoys horse-riding, swimming and socialising. 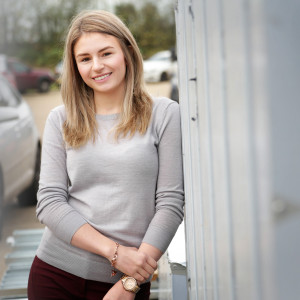 Paul started his career at ACE in 2011 on the factory floor manufacturing a wide range of Acoustic products. After continuing to gain experience, Paul moved on to be an Installation Engineer travelling all across the country installing for ACE. In September 2016 Paul moved into the office as Project Support to get more involved in the projects and project management. 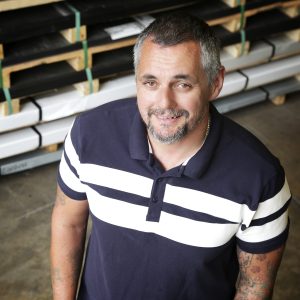 Matthew has recently completed his four year apprenticeship with Acoustical Control Engineers. During this time he has undertaken training to become conversant with Autodesk Inventor which he uses to quickly and efficiently produce sophisticated 3D parametric models, detailing parts and assemblies for manufacture. Matthew analyses each site in order identify challenges and produce bespoke solutions which overcome these. The models are produced in line with the British Standards. Matt has very recently began getting more involved in the project management process, providing project support to our Project Managers and engineers on site.

Georgina joined ACE in March 2016 as Office Assistant, including taking care of the day to day administration in the office. After assisting in most parts of the business, Georgina discovered her strengths lay within finance. She has demonstrated her keenness to succeed in this area and has since been made Finance Manager, managing all the day to day finances of the business, whilst still helping out in others areas where she can. She is currently undergoing her studies to become a chartered accountant. 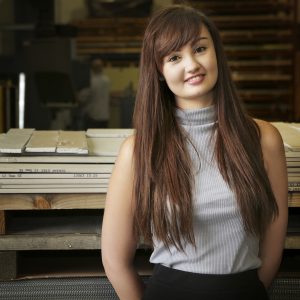 Vince’s background is in Acoustic Engineering and Energy; Vince graduated with a BSc (Hons) in Acoustics from the University of Salford (specialising in speech intelligibility). Shortly afterwards due to a growing interest in sustainability, Vince studied for an MSc in Renewable Energy and Resource Management at the University of Glamorgan (specialising in anaerobic digestion (waste to energy) technology and sustainable fuel use with combustion engine technology). Vince joined the ACC acoustic consultancy team in May 2017 with 7 years’ experience in the industry and is enjoying the broad variety of challenges his new role offers. He specialises in acoustics of the built environment including residential, education and commercial sectors, and takes great satisfaction from problem solving as part of his role. Outside of work Vince enjoys performing, writing and producing music across numerous genres and cooking for friends. 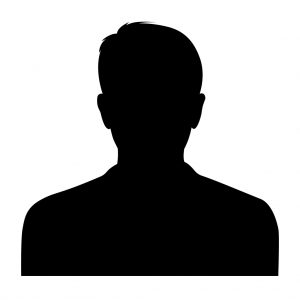 HERE’S WHAT WE RECOMMEND:

This website uses cookies to improve your experience while you navigate through the website. Out of these, the cookies that are categorized as necessary are stored on your browser as they are essential for the working of basic functionalities of the website. We also use third-party cookies that help us analyze and understand how you use this website. These cookies will be stored in your browser only with your consent. You also have the option to opt-out of these cookies. But opting out of some of these cookies may affect your browsing experience.
Necessary Always Enabled

Any cookies that may not be particularly necessary for the website to function and is used specifically to collect user personal data via analytics, ads, other embedded contents are termed as non-necessary cookies. It is mandatory to procure user consent prior to running these cookies on your website.